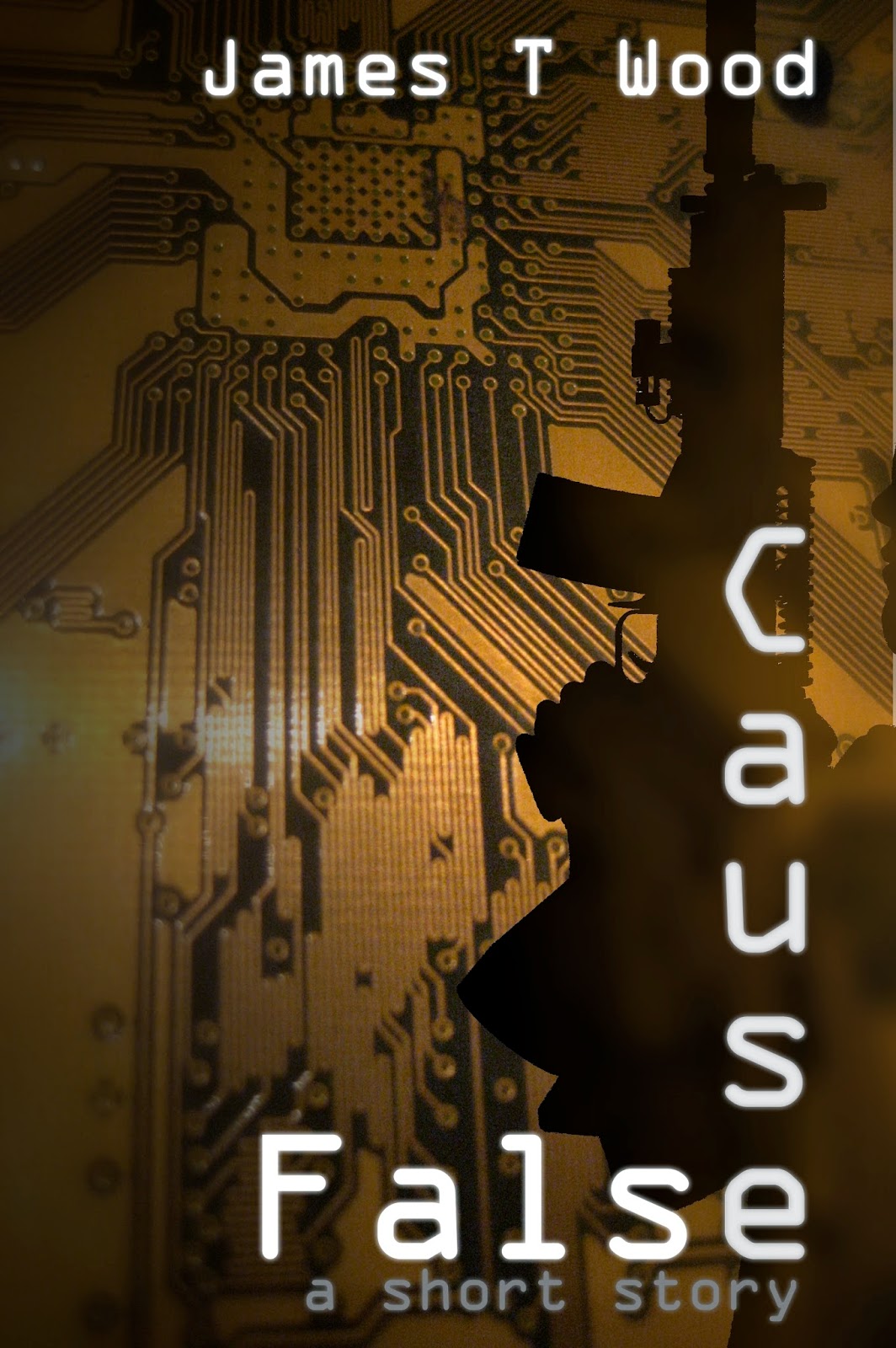 “C’mon; it’s just ahead!” He limped down the hallway dragging the his now-useless leg behind him. The firefight had left us both wounded, but most of mine were through-and-through flesh wounds. His were more serious. Structural.
I covered the hallway behind us scanning from doorway to doorway looking for any pursuit. There weren’t many people left that could pursue us. Not in the general vicinity anyway. Not that were both upright and mobile.
“I’ve got the door, Major. Just give me a minute to crack the ‘cryption.” Lieutenant Palma was a good soldier. The best. He did his job no matter what. Sometimes I wish I was more like him and less like myself.
“No pursuit coming, but don’t dawdle, soldier.” He wouldn’t even if he knew how. I just wanted to give him something else to think about besides the life leaking out of him and onto the floor.
“Got it,” Palma shouted. I turned and followed him through the door. Inside I looked around a huge chamber. It extended a hundred meters in all directions. After the closeness of the hallway it felt airy and light — as much as anything in an underground bunker can, that is. The walls were lined with server racks and terminals with empty pads for the individual processors of the workers. In the center of the room, dominating everything, was a mechanical nightmare. It sent its metal and wire tendrils into everything, the racks of servers, the ceiling, the floor, and back into itself. A low hum filled the space with nearly musical foreboding.
“Close the door, Palma.”
“No can do, Major, the ‘crypt-lock is all busted.”
“Well that’s inconvenient,” I muttered while he dragged himself over to the monstrosity in the center of the room. I put my back against the wall next to the open door and then poked my rifle’s camera around the corner to see what was happening down the hallway. The feed showed all clear on my headsup, both in visible and IR ranges. I still didn’t feel great about having an open door for Palma’s work, but at least I could cover him while he did it.
“Just let me upload this to their computer core and we can get out of here.” Palma always liked to talk while he worked. He was a good soldier, but talkative. He’d talk all around the point rather than just saying the important bits. It drove me crazy, but it was worth putting up with for all the other stuff he brought to the table. I grunted back at him. That, as usual, was more than enough to keep him talking. “The malware is elegant. It’ll replicate within their systems and slowly degrade what they can do. It won’t just fry everything at once.”
My internal clock made me nervous. The time readout on my headsup moreso. We were about to see a lot more people. Their rapid response teams would be arriving in about two minutes. “Hurry it up, Palma.”
“Sir.” He kept messing with the suitcase sized device that he’d lugged all the way into this bunker. We’d been fighting for weeks to get there. First we fought just to find out where it was and then we fought to get close and then we fought to get inside. So much fighting. I’m a soldier and all, but even I get tired of fighting. Most of a soldier’s work is sitting and waiting. We wait for the next order, the next transport, the next hike, the next training, the next meal. We’re always waiting and occasionally we get to fight. But this mission had been all fighting and no waiting. We’d barely had time to recoup from the previous fight before the next one started. All of us were covered in freshly printed skin and pumped full of synth-blood. It kept us moving, but it didn’t work as well as the real stuff. Every step took more effort and every movement felt like I was wading through a pool of needles and lemon juice. But if the intel was right, we’d be done. This was the big one, the target we’d been waiting for. The target we’d been dreaming about.
“You’ve got one minute, soldier.” We actually had one-and-a-half, but Palma didn’t need to know that. He was always running late as it was; I didn’t need to give him any luxury time.
“Copy that.”
We didn’t even have that long. My estimates were wrong. They started pouring into the hallway.
“Zero time, they’re here!” I yelled it even as I pulled the trigger...
________________
Read the rest here.
Posted by James T Wood at 9:29 AM