What Took So Long? My Lack. 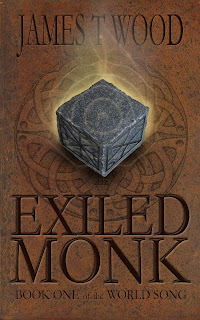 I thought I would have this book done years ago. I thought I was mostly done when I launched my Kickstarter (I had over 50k words already written). I thought it would be easier than it was.

The short answer to why this book took so long is that it took me that long to grapple with my lack.

We are all stuck between our lack and our desire. We wrestle with them, being drawn forward by desire and restrained by lack. The message that I heard was to just follow my desires, to never give up, to keep going and I could achieve everything I ever wanted. That's true, except for my lack. Rather I should say lacks, because there is much that I lack.

The first two attempts at a Kickstarter failed. But I kept going, following my desires. The third attempt funded. So I started working on the story, editing and submitting it for critique. Through that process I found out how much I lacked in being able to give and receive critique. With many thanks to my critique partners for their patience, we learned together what worked and what didn't. We learned how to deconstruct each other's stories so we could see the bones in our own. We fought. A lot. We wrestled together with our lack of critiquing ability and learned how to do it better.

I threw out 60% of my story due to critique. It wasn't the story I wanted to tell and it was better and easier to cut a huge amount and write more. But I didn't know that at first. I lacked the vision to see my story through the eyes of a reader, through the eyes of someone who doesn't already have the whole world in their imagination. But I learned, thanks again to my critique partners and to the many resources available for teaching the structure of story (my twin podcast buddies Writing Excuses and Grammar Girl have been invaluable in helping me to wrestle with my lack). So I ended up cutting 30k words and writing 70k more to make a better story, to make up for what the original lacked.

But one of the greatest lacks that I continue to wrestle with is the lack of control. While the story is in my head or on my computer, it's in my control. But when I take it to critique group or send it to beta readers or send it out to Kickstarter backers I lose control. It's not my story anymore. The story that I imagined will never be imagined by anyone else. The characters will look different, the land will feel different, the fear will connect with different fears for each reader. I can't make anyone else read the story that I wrote and loved. I can't control that. And this is a lack that I need to learn to live with.

The Exiled Monk isn't mine anymore. Wrestling with that took a lot out of me. I love this story and I want everyone else to love it too. But I can't make anyone do anything. And that's okay.