My Grandfather was a Racist and I Love Him 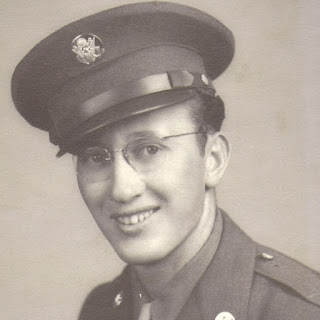 But he was also a racist. I'm not talking about the overt, violent, hostile racism that is in the news so much today. To the best of my knowledge he was never involved in anything like that. But I do know that he grew up (born in Missouri) thinking that people who weren't white were somehow less.

So what am I supposed to do with that?

There's a good chance that your grandparents were racist too. Even 50 or 75 years ago most people thought that different skin color meant something about the quality of the person. And I'm not relegating this to only white people (though people of European descent have benefitted most from racial stereotypes in the United States). It was a far different time. People hated each other for the color of their skin.

So, what are we supposed to do with that?

We don't need to ignore our past to recognize that it wasn't always good. I can look at my grandfather and see the good he did in providing for his family, taking me on adventures, and raising his kids. But I don't have to accept his mistakes to love him. I don't have to reject his whole life to critique what he did wrong.

You don't either -- not that you need to love my grandpa, but for your family and your history. And we don't either, for our shared history as Americans. We can call out the great things that have happened in our past -- bringing freedom and democracy, fighting to protect the innocent, working to make the world a better place -- without ignoring the truly bad things our country has done.

I can both love my country and critique it just like I can love my grandpa despite his flaws and mistakes.

You can do both. You can hold both together.
Posted by James T Wood at 4:30 PM