How to Be a Billy Goat: Opinions versus Perspectives

If you're wondering why you should be a billy goat you can read about it here: 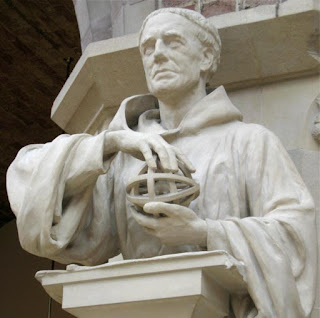 Billy goats work against the opinionification of dialogue. If we try to have a conversation based on opinions there's not likely to be much movement. You like watermelon; I know that it tastes awful. I like peanut butter globbed onto my sandwiches; you spread it thin like a monster.

Opinions are the beginning of a perspective, not the end.

Perspectives are the explanation of our opinions. Why do I dislike the taste of watermelon? Because I grew up not liking it, it reminds me of other tastes that are bad, and I have repeatedly tried it from different places and at different times in my life and I still don't like it. You can like watermelon for all of your reasons. I don't have to share your opinion to see the world from your perspective.

Opinions are a primal part of our brains. They are emotional reactions. In themselves opinions don't do more than just describe our feelings. But when we start to stitch our opinions together, to suss out the reasoning behind them, and to create a framework the explains why we came to have our emotional reactions, we have a perspective.

In school we all learned about the scientific method. You take a hypothesis (a guess about how things ought to work based on what you've observed), figure out a way to test your hypothesis (an experiment), and then based on the test you either confirm your hypothesis or change it to fit the new observations from the experiment.

Your opinions are your observations about the world. They are the emotional sensors giving you information. This is scary, this is fun, this is sad, this is thrilling, this is happy.

The beautiful thing about a perspective is that you can test it. You can check to see if it matches all of your observations. You can provide some context for your observations (i.e. opinions) rather than having them exist without any chance of being critiqued.

Your conversations with others, both online and in person, both with people you know and with people you don't (like through books and news sources), are the tests you can run to see if your hypothesis works or not.

There's No Such Thing as a Failed Experiment

As a billy goat you're not just working to make yourself better at having conversations online, but showing a better way. You will, without a doubt, get into conversations where the other side isn't willing to move past opinions. There's not much you can do in that conversation. Move along; move along.

Whatever happens in conversations, learn something, take something away, shift your perspective. If nothing else, you'll be better for it. But what's most likely to happen is that people will start to notice how you handle yourself. They'll start to see a different way to be online. Maybe you'll start a movement of billy goats.

Next up: stalkers aren't always a bad thing.