How to be a Billy Goat: Respect 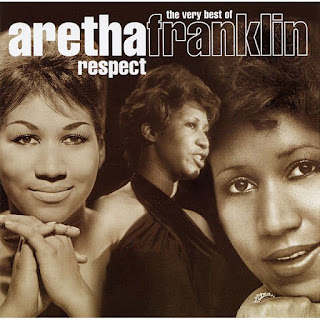 Respect for other people, their ideas, and their opinions is an indispensable part of being a billy goat.

If you're wondering why you should be a billy goat you can read about it here:

Find out what it Means to Me

Before we get too far into the conversation about treating people with respect, we need to take a moment to define the term for this context. In some contexts respect can refer to what someone earns. Like how much you respect me for my beard-growing skills or how much I respect you for sharing this post with all of your friends.

When the internet was just a baby, in those long-past days before YouTube came to be, I had downloaded dozens of videos of Star Wars Kid. If you don't remember or you weren't around, a 14-year-old Canadian, Ghyslain Raza, had a video he made privately, pretending to be Darth Maul from Star Wars, was posted online without his permission. I laughed at that video (and various edits of it) a lot.

I reduced a young man to something less than human in my mind. I didn't show him any respect.

Ghyslain spent years in therapy, years being bullied, years being told he was worthless and should commit suicide. Thankfully he's been able to put the experience behind him and is working to move on with his life. But that hasn't been the case for everyone.

Give Respect to Get Respect

If you consider yourself to be inherently worthy of respect, not having to earn it, but just deserving to be treated with human dignity because you are human, then you ought to extend that courtesy to everyone else.

Unfortunately, not many people on the internet think this way. There are a lot of double standards going on where people get angry when they are defamed while turning around and defaming others without a second thought.

If you do that, then why would they respond to you any differently?

But, if you show respect, even when no respect is being shown to you, you will start to erode the culture of disrespect of dehumanization. I'm not trying to tell you it will be easy. We're into this dysfunction pretty deeply. It will take a lot of us a long time working to counteract it. But the alternative is that we do nothing and let the conversations continue to devolve.

First, you don't have to take disrespect. If someone is insulting you, belittling you, or attacking you, respectfully call them on it. If someone continues to do so, block them and report them. The very first step in respect is respecting yourself (I know that sounds super cheesy, but it's the truth). Figure out how you want to be treated and then learn to treat others that way.

Second, don't call people names. I know, we were all supposed to have learned this in grade school. It's not a difficult concept, but it is one that we seem to have forgotten. If you try to engage in conversations on the internet, you will be called names. You will be personally insulted. You might even be threatened or bullied.

Don't respond in kind. Don't call names. Don't return personal insults. That's your fear response talking; that's your lizard brain. You aren't actually in danger. You don't need to choose between fighting or fleeing. Take a moment (or a day depending on how riled up you are) and calm down.

Third, don't talk down to people. It's one thing to not call people idiots; it's quite another to not treat them like idiots. You've come to your conclusions about life, the world, and the way things ought to be through years of thought, learning, and shaping through your experiences and community. So has everyone else. Just because they've come to different conclusions doesn't mean they're wrong or stupid and telling them they're stupid will, pretty much automatically, mean you don't get to be a part of their community to help shape their thoughts in the future.

Finally, demand that the people who agree with you treat the people who disagree with you respectfully. Online conversations can often become one person advocating for their side while the friends of the person with whom they disagree pile on. If your friends are piling on, make sure that they do it with respect. Defend the basic human dignity of everyone and you will start to create a climate where conversations can actually happen.

*There are, absolutely, consequences for actions. There is, absolutely, a type of respect that is earned through actions and can be damaged or lost. I'm not talking about that type of respect. I'm talking about the basic level of dignity and rights that we all think we should be treated with. If you don't think that you should be treated with a basic level of dignity and respect, we can have that conversation separately.

**The dehumanization process can go the other direction where people are treated as more than human. Our cult of celebrity and wealth tends to treat those with fame and power as something other than human and also not worthy of the same respect. Celebrities are expected to perform, to entertain, to be always on. If you are worthy of privacy and consideration because you're a human being, then celebrities are too.
Posted by James T Wood at 10:56 AM