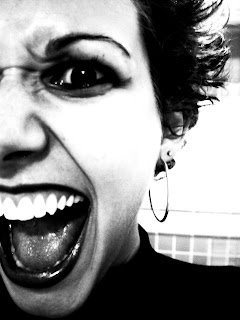 In recent memory people have been outraged over the shooting of a gorilla to save a child, the questionable use of a private email server, the death of a child from an alligator attack, and probably something about body shaming (I'm guessing, I don't usually run in those circles).

The system works well. Media finds stories that strike a nerve. Is someone being a bad parent? Is a celebrity doing something wrong? Is a politician being a hypocrite? Is there someone that can be judged or shamed to allow the readers to feel morally superior?

Great! Write it up, slap on a click-bait headline, and watch the ad revenue roll in!

It's a business and your moral outrage is the commodity being monetized. In the same way that sex sells, by appealing directly to your lizard brain, bypassing your rational mind, and driving a response that you have before you're even aware that you're doing it. It's almost exactly like smelling popcorn when you walk into a movie theater. The sensory stimulus gets sent to your limbic system to see if it's something to eat, fear, or mate with. Popcorn smells like food so your brain tells you that it is and, without spending much time at all processing, your brain will often send signals to your mouth and stomach signalling hunger. You just want it. You don't think about it. You don't process whether or not you're actually hungry (at least on the first round).

Sex works the same way. You see an image and it triggers the parts of your brain that help you to find a mate. You experience lust. Your body starts to react before your brain can process much (at least on the first round). You just want it. You don't think about it.

If you work in a movie theater there's a good chance that you're immune to the smell of popcorn. It might even be off putting to you. You've smelled it so many times that your limbic system doesn't really register it anymore, at least not with the desire for food.

Our limbic system is a survival tool. It keys in on what's different in the environment to search for threats and aids to survival, then it triggers rewards for doing things that lead to survival. Good job finding food for today; here's a hit of dopamine. Good job finding a mate; here's some endorphins and hormones. Good job getting away from that tiger; here's a flood of relief. When all of that works well we're automatically reminded, by our desire for those good neurotransmitters, what's good to eat, what leads to mating, and what alleviates fear.

But most of us aren't on the brink of survival. Most of us have plenty of food and little reason to fear (finding a mate is still a universal human struggle).

The Joy of Fear

Wait, wait, I bet you're thinking, how can fear feel good?

It's not the fear, exactly, but the good neurotransmitters that your brain releases after you've conquered fear. It's like going down a slide on the playground. Most of us had the moment (or moments) of frozen terror at the top of the slide. Staring down the long, metal expanse and seeing certain death. Weighing the the danger to life and limb in going down the slide. Trying to decide if every other kid that went down the slide was just lucky or if it's actually safe despite all of the warnings your brain is shouting at you. Then you go down the slide. You feel the wind in your face and the g-forces on your body. You arrive at the bottom unscathed. Your brain rewards you for surviving. Good job; here's some dopamine!

If you're not an adrenaline junkie constantly seeking danger by jumping out of airplanes or surfing with sharks or playing with fire, you can still get some good neurotransmitters through fear.

Fighting feels good. Not losing, not being injured, but fighting and feeling like you've won. Conquering another. You have vanquished a foe and lived to fight another day. We've made sport of this feeling, first through blood sports and then through organized sports. We can win. We can conquer the fear of loss, the fear of shame, the fear of unworthiness.

Outrage is a form of fighting. We set the stakes, not as a physical contest, but as a mental and emotional battle. The survival of our sacred values is threatened so we fight, and when we win we feel those good neurotransmitters, at least for a while.

The Impotence of Outrage

Just like with food or sex, we can become desensitized to fear. We can become accustomed to the good neurotransmitters the we feel when we've been outraged and so need more and more outrage to achieve the same level of good feelings. Eventually, if it goes on too long, we lose the ability to become outraged at all.

Outrage can be a very good thing. It can help us to identify real threats to our values and to our society. It can lead us to make necessary and lasting changes in ourselves and in our communities. Outrage is an appropriate response just like lust and hunger are.

But we can't mate if we've become impotent, we hurt ourselves when we eat too much, and we can't affect change through outrage if we're numb to it.

Mass shootings have horrified and outraged the nation on what feels like a regular basis. Violence by police against minorities seems to be epidemic and systemic. Yet change seems glacially slow. Mass shootings keep happening. People of color keep being hurt by law enforcement. The tensions rise, the outrage builds, and for some it boils over into even more violence.

And so it goes.

For someone who has become desensitized through overuse of pornography the impotence can feel permanent, but it's not. Through a long process of avoiding sexual stimulus a person can become resensitized. The same thing can happen with food, changing cravings and rewiring the reward system in the brain. But it takes time and effort. Most of all it takes conscious thought.

The appeals to our limbic system are so powerful because they can effectively bypass our thoughts. The responses are automatic, almost.

Your brain immediately gets ready to respond. Your mouth waters at the scent of popcorn, your blood flows at the sight of sexual images, your heart races at the hint of danger. But then you get to choose what's next.

You get to choose to buy the popcorn or not.

You get to choose to pursue sex or not.

You get to choose to follow your fear or not.

It's not an easy choice. If you've become desensitized, you might not even be able to choose every time. The cascade of neurotransmitters and neural pathways flows along like a mighty river. Sometimes all you can do is be tossed along and hold onto a branch to keep your head above water. But when you've cleared the rapids, you can reassess, paddle toward the shore, make a plan for next time.

Outrage can be a good thing. We need it to help us deal with the massive, systemic problems around race and violence in our country. Please stop wasting your outrage on celebrities and politicians and gossip and parents who are trying their best (or not).
Posted by James T Wood at 11:26 AM