Hope in the Midst of Fear 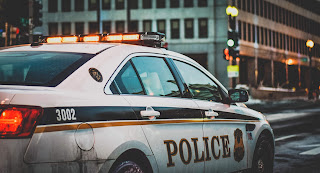 I have hope today. Even though last night Charlotte was seized by riots, even though black people are being killed by police (173 so far in 2016), even though my friends and neighbors live in fear.

These problems are deep, ingrained. It’s the atmosphere we breathe, the background of our very existence. Our nation was founded with racism in our very Constitution declaring that black men were worth only three-fifths the value of a white man. For nearly a century our nation allowed people to be owned, not based on the content of their character, but on the color of their skin. The bloodiest war we ever fought was over the rights of states to determine whether it was permissible for black people to be owned, property, less-than-human. After black people were set free, given the right to vote—not as three-fifths of a person but as a whole person—laws were created to keep black people in their place, so they wouldn’t rise above, claim too much, think that they might be equal to a white person. Organizations were created to protect the “sanctity” of whiteness and to remind black people, with violence and fear, that they would never belong. Those laws were repealed, eventually, and declared unconstitutional. Those organizations have been rightly deemed hate groups and terrorist organizations.

So here we are, breathing the atmosphere of what’s left. There’s nothing in the Constitution that says black people are less-than. There’s nothing in state law that allows black people to be owned. Nearly all of the laws that were used to keep black people from integrating with white people, from holding jobs, from living where they please, from voting in elections, have been stricken from the books. Hate groups have been outed as such, labeled as mongers of fear and terror.

We carry within us the blackened, sickened, withered lungs of those who have breathed the air of our nation’s racism for generations. We have addressed the spoken, the written, the overt. We have elected a black man as our president. We have opened the door of freedom. But then we turned our backs on those wanting to step through that door. The freeing of the slaves wasn’t the end. The demolition of Jim Crow wasn’t the end. The Civil Rights movement wasn’t the end. The election of Barack Obama wasn’t the end.

The end comes when we look within ourselves and see the darkness there.

The end comes when I look within myself and see the darkness there.

I didn’t put it there. I didn’t intend to see black people differently. But I consumed TV and movies which represent black people disproportionately as criminals, as sidekicks, as magical old people, and as the first to die with the fighting starts. I consumed news stories which highlighted the problems within the black community, the use of crack, and the prevalence of gang violence, without stopping to look at the same crimes being done by white people with slightly different names. Cocaine instead of crack. The KKK instead of the Crips. Lynchings instead of drive-by-shootings. I was told in a thousand silent, subversive ways that white equals good and wholesome while black equals bad and scary.

To be sure there are exceptions. But those exceptions are most notable because they are the exceptions. They show us that the standard within our culture has been a negative connotation to black skin.

I have hope today, not because racism is over—it’s not. My hope is because we’re beginning to see racism for what it truly is, not a Constitution or institutionalized slavery or Jim Crow laws, but a culture that places a higher value on some lives because they’re white.

I have hope because today hurts and in that hurt I see the beginnings of change, not to our laws but to ourselves. I don’t pretend to know how long it will hurt, but I do know that unless we’re willing to hurt, to cry, to be afraid with our black brothers and sisters, we won’t move our culture. We need to hurt, to see human beings like Terence and Trayvon and Eric and Anthony and Walter dead without a trial or conviction. We need to hurt, not respond in anger or fear or contempt, not to explain away or justify. Just hurt. Grieve. Weep.

In our tears are the seeds of change. And that’s why I have hope today.